Decorating an apartment with virtual furniture, makeup done with virtual cosmetics, trying on shoes without putting them on or participating in a fashion show during Fashion Week. All these activities are no longer just products of the imagination.

The use of new realities provides many advantages. It can prove to be not only an excuse for promotion by brands, but also a fulfilment of a dream about space flight.

Reality in symbiosis with virtuality

New realities are no longer limited to games alone. They help on many levels. They make it easy to find and fix small faults yourself, as well as help paralyzed patients to recover faster. Physicians and medical students are given the opportunity to conduct virtual surgeries during which they can train and learn how to avoid mistakes that can endanger the health or lives of patients.

Basics, or differences between VR and AR

VR and AR are sometimes wrongly associated. Virtual reality, i.e. VR, is a three-dimensional computer generated environment. Its purpose is to simulate the world and make a user interact with its elements. AR means Augmented Reality. Contrary to VR, it enriches the real world with virtual elements, while virtual reality comes down to total immersion in an artificial environment.

How do brands use new realities?

In 2017, Sephora brand launched the Virtual Artist feature in its application. The camera on your smartphone scans your face, so that later you can do makeup in the app using products available in the beauty store. Thanks to this, customers can save time spent on a visit to the store and money for poorly selected products.

Based on a true story, Samsung created a campaign to promote its new smartphone and VR goggles. It was a story of a Polish pilot who in his youth failed to fly into space. However, after many years, the new reality provided by VR technology helped to fulfill the unrealized dream of an almost thirty-year-old man.

Burger King applied it in the age-old battle with the McDonald’s network. In March last year, it called in the big guns in the form of the “Burn That Ad” campaign. BK customers had the option of burning a McDonald’s flyer or billboard using the application on their phone. In return, they received a free burger. The whole action took place in Brazil, and the goal of the campaign was to promote the initial ordering service without queuing.

Fashion Week within your smartphone’s reach

Thanks to virtual reality, the TopShop brand enabled its clients to take part in a fashion show during London Fashion Week. In addition to watching the models on the catwalk, they could be next to them, and also look behind the scenes of the show. Tommy Hilfiger used similar technology. His clients could also take part in the show. Finally, after the show, employees helped find clothes that the participants liked most.

The North Face organized a promotional campaign in one of its Korean stores. Thanks to VR goggles, customers had the opportunity to ride a dog sled. However, they did not expect the finale of the venture, which led them beyond the store.

On the threshold of a new reality

New realities and their innovative uses by brands provide customers with a lot of entertainment, and the opportunity for brands themselves. Virtual and augmented realities are used not only by the advertising and marketing industries, but also by medical and technical companies. Something that used to be a complete abstraction and unattainable product for people has now become a reality. A new reality. 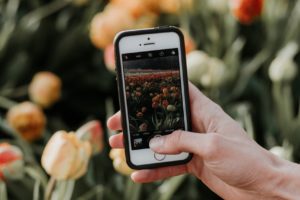 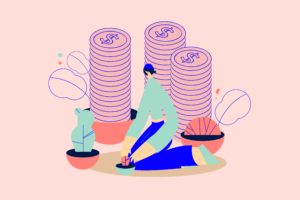 Personalization and dynamic content – how to use them in digital? 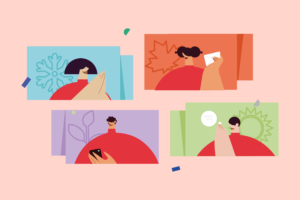 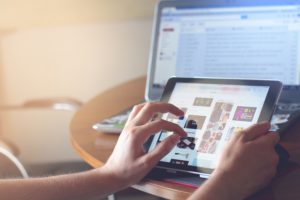